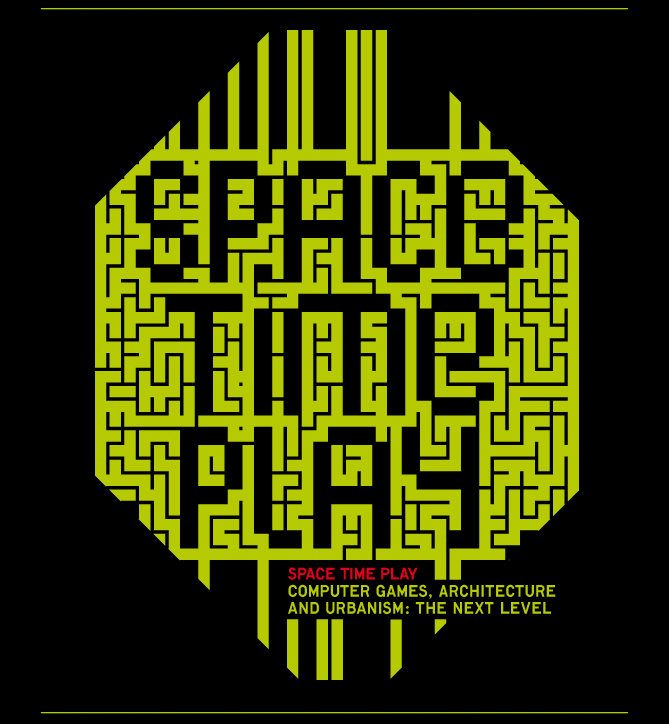 SPACE TIME PLAY. COMPUTER GAMES, ARCHITECTURE AND URBANISM: THE NEXT LEVEL
Edited by Friedrich von Borries, Steffen P. Walz and Matthias Böttger In cooperation with Drew Davidson, Heather Kelley, Julian Kücklich“Space Time Play” is a journey through the past, present and potential spaces of computer and video games.

Have you ever wondered what’s behind a perfect Tetris-wall?
Have you ever freed a 3D world from terrorists?
Have you ever made polygon friends in networked fantasy realms?
And do you know what happens when these games never end?

The richly illustrated texts in “Space Time Play” cover a wide range of gamespaces: from milestone video and computer games to virtual metropolises to digitally-overlaid physical spaces. As a comprehensive and interdisciplinary compendium, “Space Time Play” explores the architectural history of computer games and the future of ludic space. More than 140 experts from game studies and the game industry, from architecture and urban planning, have contributed essays, game reviews and interviews. The games examined range from commercial products to artistic projects and from scientific experiments to spatial design and planning tools.

“Space Time Play” is not just meant for architects, designers and gamers, but for all those who take an interest in the culture of digital games and the spaces within and modeled after them. Let’s play!