An essay and accompanying minisite about different layers of player interaction in ARGs. The minisite is an online augmentation of an essay published in the Feb 2008 issue (vol 14, no 1) of Convergence: The International Journal of Research into New Media Technologies (which is available in hardcopy and online). My essay, ‘Emerging Participatory Culture Practices: Player-Created Tiers in Alternate Reality Games’ is in the special issue edited by Henry Jenkins and Mark Deuze on ‘Convergence Cultures’.

This paper introduces an emerging form of participatory culture, one that is not a modification or elaboration of a primary producer’s content. Instead, this paper details how the artifacts created to ‘play’ a primary producer’s content has become the primary work for massive global audiences. This phenomenon is observed in the genre of alternate reality games (ARGs) and is illustrated through a theory of ‘tiering’. Tiers provide separate content to different audiences. ARG designers tier their projects, targeting different players with different content. ARG player-production then creates another tier for non-playing audiences. To explicate this point, the features that provoke player-production — producer-tiering, ARG aesthetics and transmedia fragmentation — are interrogated, alongside the character of the subsequent player-production. Finally, I explore the aspects of the player-created tiers that attract massive audiences, and then posit what these observations may indicate about contemporary artforms and society in general. 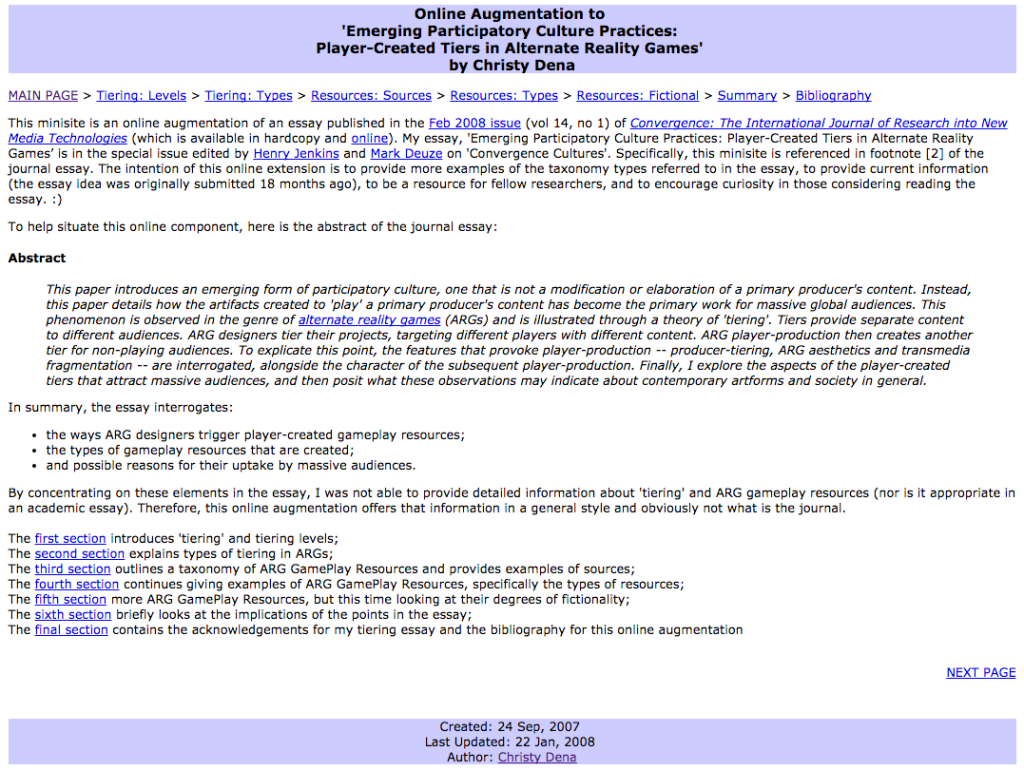