AUTHENTIC IN ALL CAPS is a comedic web audio adventure about the meaning of death for your Chrome browser, or the iPad (no-longer available on iPad as of 25th Feb, 2017). The soundtrack and code to make you own web audio tour are also available. There is also a ‘Making-Of’ diary, and the full writing script [PDF]. 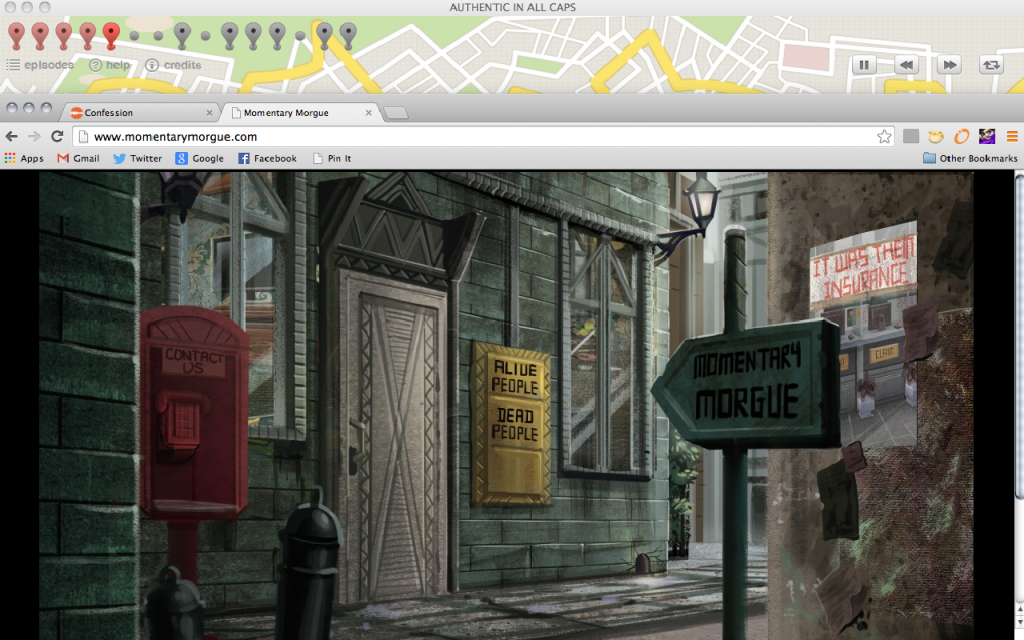 AUTHENTIC won the 2014 WA Premier’s Prize for “Digital Narrative”, and the 2014 Australian Writers’ Guild Award for “Interactive Media”; and was Official Selection for the 2014 Electronic Literature Organization’s Media Arts Showcase. An early prototype was Finalist for “Best Writing in a Game” Award at the 2012 Freeplay Independent Gaming Festival, the crowdfunding campaign attracted supporters from 14 countries, and we were awarded a grant from Screen Australia’s multi-platform drama fund. The University of Southern California included AUTHENTIC in their elit reading club.

The project is a playful comedy drama for your Chrome Browser or iPad. It is inspired by audio tours, radio drama, and alternate reality games. AUTHENTIC IN ALL CAPS is an audio drama that plays while you visit fictional places on the web.

Players follow the experience of Pathologist with a past as an Underworld Philosopher take on a bet to find the meaning of death. Despite help from her part-time Time Traveling Assistant, she finds her investigation upsets fellow Gambling Philosophers, Ticket Inspectors, Artist Assassins and the Quantum Theorist Crime Boss. Ultimately, her inability to fit in makes everyone involved…really annoyed.

“The writing, the visuals and the music created for AUTHENTIC IN ALL CAPS are of the highest quality and are delightful to experience”
The Conversation

“If video killed the radio star, then an App might just revive them”
QUT Media

Full credits and more information at the project website 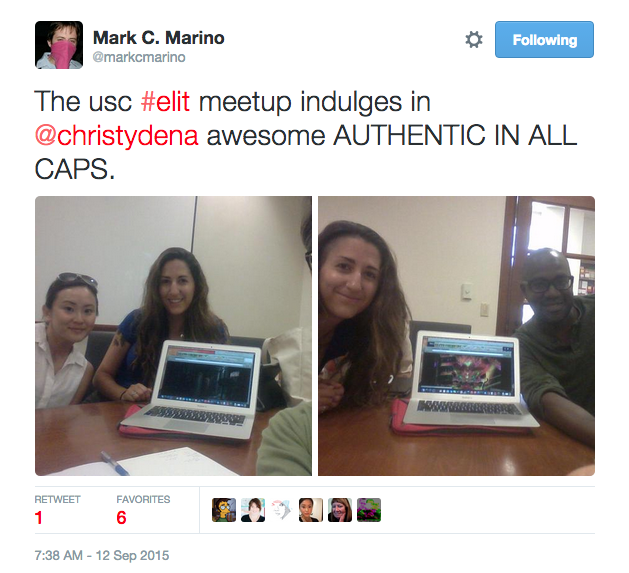