Robot University is an interventionist installation about our relationship with robots, experienced on large touch-screens, projectors, and motion-sensing Kinects. The project was commissioned as Australia’s first Digital Writing Residency at The Cube, QUT, funded by the Australia Council for the Arts and Queensland University of Technology (QUT). The Cube is a $230 million Science and Technology center. It was launched on 25th Feb 2014. The development blog and short documentary (see below) gives insights into this unique residency opportunity. 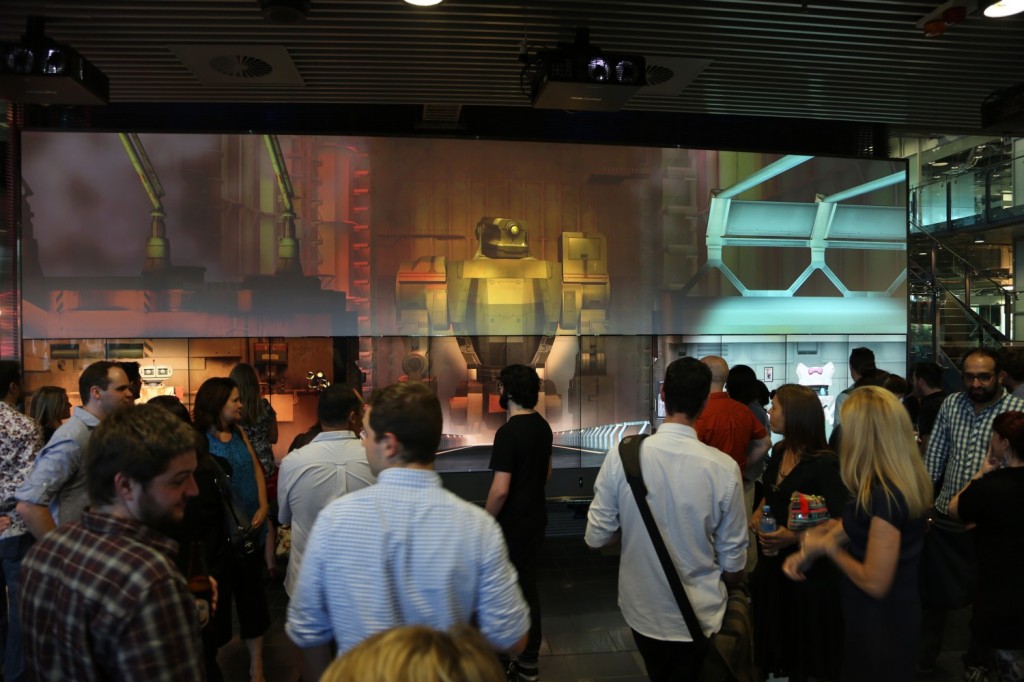 Photo of a crowd of people mulling around a tall wall of screens with 3D robots looking over the crowd.

The project, “Robot University,” aims to transform negative attitudes towards robots. Western entertainment often paints robots as killing machines bent on our demise. It’s important that we consider the cultural impact of robots and how we interact with them now, so that we can better prepare ourselves for our ever-growing community of robots…a new species we’ve created.

Timeline: Residency ran from mid-July to mid-December, 2013. The project launched to the public on Feb 25th, 2014.